It's All About The Experience! 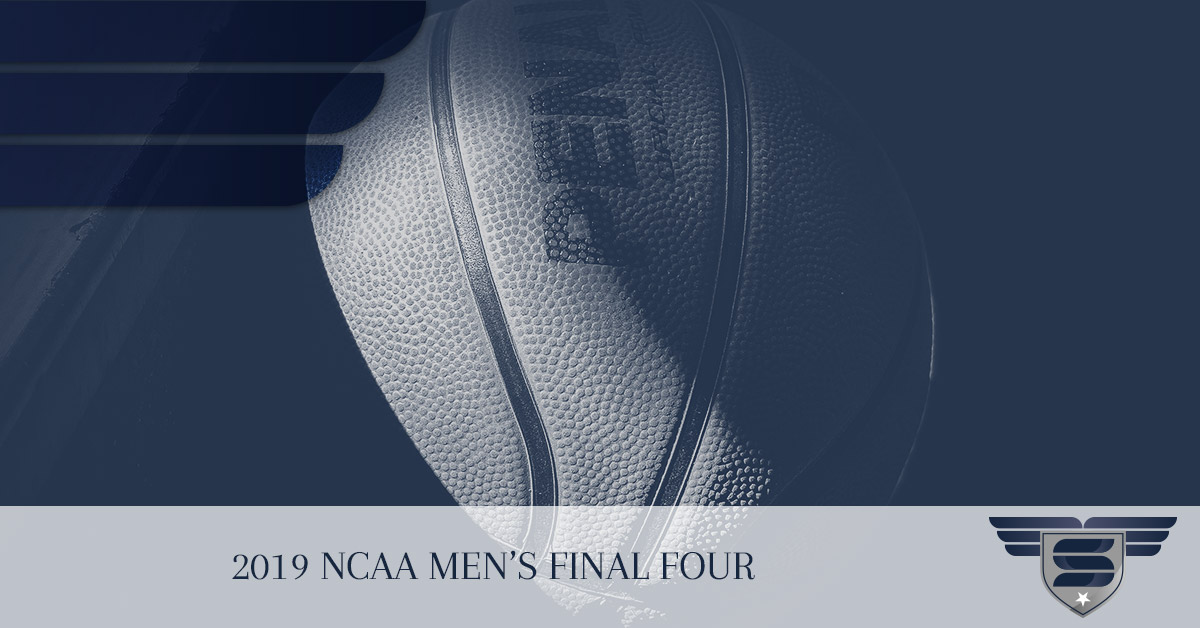 After a month of buzzer-beaters, breathtaking performances, and 68 of the best college basketball teams slugging it out, “March Madness” comes to a climactic close with the Final Four.

Join us for this one-of-a-kind event. When you book your custom trip to the Final Four through Superior Executive Services, we set you up with premier seats, hospitality, transportation, entertainment, and more. Secure your Final Four tickets and start building your own dream trip today! 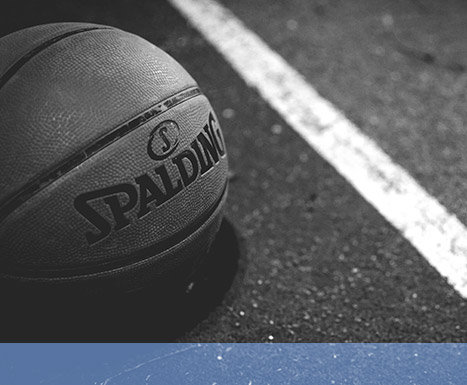 Every college basketball fan knows that it all comes down to this. The NCAA Men’s Basketball Tournament — or more commonly known as simply, NCAA March Madness — has been played each spring since 1939. It’s an electrifying event rooted in tradition, fierce competition, and incredible performances.

The Final Four was first played in 1939. Since then it has been the designated semifinals of the best four college basketball teams in Division 1. However, it wasn’t until 1985 when the tournament began inviting the top 64 teams, expanding the tournament and making the Final Four even more coveted. The team with the most Final Four appearances is Duke with 12 and right behind them is Kentucky with 8.

Besides being the most revered and anticipated event in men’s college basketball, the March Madness tournament is rich with traditions from Cinderella teams to filling out brackets. One of the most iconic of these traditions is at the end of the Final Four when the winning team cuts down the nets. Each player cuts a single strand until it’s hanging just by one, which the coach then cuts. Another long-standing tradition is the playing of “One Shining Moment.” This is a song that was written by David Barrett about the tournament, and it is traditionally played at the end of the championship game as the winning team celebrates and a montage of the season’s highlights plays.

As the name indicates, March Madness is, well, mad. In addition to the sheer amount of games being played, each year offers up some unforgettable buzz-beaters, upsets, and incredible competition. Because the tournament always features the blue bloods of college basketball and all the year’s heavyweights, attending the Final Four almost guarantees the firsthand experience of some remarkable basketball. Don’t settle for watching this drama unfold on TV. Put yourself and your guests at the heart of this madness, and join Superior Executive Services in Atlanta for the 2020 NCAA Men’s Final Four.

The Municipal Auditorium in Kansas City, Missouri, has hosted the event the most (nine times), and Madison Square Garden in New York City has hosted it the second most (seven times). This year’s Final Four will take place at the Mercedes-Benz Stadium in Atlanta, GA. This is home to the NFL team, the Atlanta Falcons, and it has the world’s largest video board screen. The stadium cost $1.6 billion to construct and was officially opened in August 2017. It’s also one of five NFL stadiums with a retractable roof.

The Final Four tournament is a great opportunity to showcase a city, and Atlanta is no stranger to hosting some of the world’s top sporting events, including the 1996 Olympics, The Tour Championship, and Super Bowls 1994, 2000, and 2019. As an entertainment and cultural hub of the Southern United States, Atlanta boasts an ever-growing and vibrant scene for tourists and locals. Below are some ideas for your trip, but also check out the never-ending list of things to do in Atlanta.

Of course, the NCAA men’s basketball tournament is the most exciting thing happening in the area on April 6th, but what about when the Final Four games aren’t being played? There are a plethora of options for entertainment, from performing arts shows at the Atlanta Opera and Symphony Orchestra, to catching a show at the Fox Theatre. You can hit the nightlife at clubs like the Cosmolava or Koo Koo Room, or you can explore some of the many art and music districts off the beaten path, such as Downtown Atlanta’s Castleberry Hill.

Atlanta is known for its food and drink. World of Coca-Cola, the corporation’s HQ and tourist attraction, is in the city, as well as other iconic American establishments, like the Hard Rock Cafe. Swing by the Glenn Hotel SkyLounge bar for handcraft fusion cocktails and a skyline view of the city, or get a famous Atlanta burger at The Varsity. Learn more about some of Atlanta’s top entertainment, nightlife, and food and drink.

Atlanta is also home to some of the largest and well-known parks, museums, monuments, and gardens. Check out the Georgia Aquarium, Atlanta Botanical Garden, or the Atlanta Zoo between games, or take a walk in Piedmont Park. Interested in history, art, and museums? The Center for Civil and Human Rights, High Museum of Art, and Fernbank Museum of Natural History are all renowned historic sites.

Superior Executive Services is proud to offer fully customizable Final Four Travel Packages. We take a personal approach to planning, and we strive to take your event to a level beyond the status quo. Our trips can include Final Four tickets (Final Four All Sessions Game Ticket), accommodations in the heart of Atlanta, transportation, access to exclusive events, and more. Below are some of the things you can expect when you partner with Superior Executive Services to plan your Final Four package.

NCAA tournament tickets aren’t easy to snag. This is especially true for Final Four tickets. Not only can we secure you a Final Four All Sessions Game Ticket (a pass to all Final Four games), but we can also help you get the exact tickets you and your guests want. Whether you want to treat your future business partners to the VIP experience or make sure all of your employees get to witness the championship games, we can make it happen. Secure your March Madness tickets today!

Looking for roundtrip transfers from the airport to your hotel? Need transportation to and from the big games? What about a private jet rental to take you from your home airport to Minneapolis and back? At Superior Executive Services, we can provide all of this or just some of this. It’s all up to you.

When attending a prestigious sporting event, securing accommodations can be a challenge. It can be especially challenging to secure luxury accommodations or the place that meets your strict requirements. At Superior Executive Services, we understand this, and it’s why we have partnered with premier accommodation options around Minneapolis to ensure that we can accommodate the needs of our clients.

We approach hospitality with a personal and comprehensive focus. As an experienced team of industry leaders with marketplace expertise and an in-depth understanding of customer needs, we know how to provide the type of hospitality that results in exceptional ROI for our customers and successful growth of the company. Whether your big request is to secure official tickets for the NCAA Men’s Final Four VIP Experience or have private transportation to and from all your scheduled events, we can make it happen. We customize your trips based on your individual needs, no matter how grand or small the requests may be. Above-and-beyond hospitality is our standard.

Nothing brings a city to life like hosting one of the most exciting events in college sports. This will certainly be the case for Minneapolis, which is no stranger to hosting. While there are a number of events taking place in Minneapolis on the week of the Final Four, we recommend attending the Final Four Fan Fest — a festival jam-packed with youth clinics, giveaways, concerts, interactive games, special appearances, autograph signings, and much more. There are also many other exclusive entertainment options like Guardians of the Game Awards Ceremony, which honors the achievements in coaching and playing, and the Great Alaska Shootout, featuring NCAA basketball legend Dick Vitale.

Superior Executive Services has earned a reputation for helping individuals and corporations plan unforgettable custom trips. Whether we are organizing a corporate Masters package or a family trip to the Final Four, we are unwaveringly committed to your trip and satisfaction and our values. Below are some of the values that guide all that we do:

Superior Executive Services — Who We Are And What We Do

The Final Four experience is so much more than the championship games. We understand this and we help our guests take advantage of all the events and entertainment around the city. Whether the goal of your trip is to entertain key clients, reward employees, or to run a sales incentive, the Superior team is committed to facilitating a one-of-a-kind experience that is built around your needs.

When will the teams that are competing in the 2020 NCAA Championship be chosen?

As dictated by tradition, the 68-team bracket for the 2020 NCAA Division I Men’s Basketball Championship will be selected on “Selection Sunday,” which falls on Sunday, March 17, 2020.

How can I get tickets to the 2019 NCAA Final Four?

Final Four tickets and packages are available through Superior Executive Services. Please check out our packages above and contact us with any questions or concerns.

Where will upcoming Final Four games be played?

Mark your calendars. For the upcoming years, these destinations have been chosen to host the Final Four: